Incentivizing the IOTA 2.0 Testnet – Thoughts from a TangleAccountant

What if incentivization of the IOTA 2.0 Testnet was powered by the IOTA Community instead of the IOTA Foundation?

Incentivizing the IOTA 2.0 Testnet – Thoughts from a TangleAccountant

The thoughts below are not a final idea, but a starting point for a community-led discussion.

There have been talks about creating an incentivized testnet with a native token called ATOI. I don’t know how you pronounce it where you’re from, but for me it sounds like “a toy,” which seems fitting for a sandbox network where you can play with things.

The big question is… What incentivizes it? What would give the ATOI token value? Phylo articulated it well: “You will need to convince someone that this token and this network are valuable…”

So, let’s take a step back and ask ourselves what gives something value? One way to give something value is to create an incentive to use it. But what could possibly make you use an ATOI token on a testnet which holds no assets that are traded on any exchanges?

Before I start, I want to clarify that this proposal is not like Kusama, and this idea only applies to the incentivized IOTA 2.0 testnet. Once IOTA 2.0 is officially launched, these ATOI tokens will no longer have any value. I’m also under the assumption that many new projects will launch on the incentivized testnet to get battle tested, so when IOTA 2.0 launches they will be able to have a massive first mover advantage by confidently deploying immediately.

My proposal is to take a snapshot of account balances on the IOTA mainnet network before the incentivized testnet is launched. For every 1 IOTA token in your account, you receive 1 ATOI token in your incentivized testnet account. Here’s the cool part… This rest of this proposal doesn’t rely on the IOTA Foundation, but the IOTA community and the projects looking to build on IOTA. We have the power to create incentivization.

A Call to Every Project Looking to Build on IOTA

To the projects looking to build on IOTA: How do you plan to acquire an engaged and active community?

Most projects launch some sort of governance or value accrual mechanism token after they go live. Some examples of this in Ethereum are Aave, Compound, Uniswap, Sushiswap, and Synthetix. One of the worst things that can happen when a new token is launched, is that the tokens go into the pockets of people who don’t actively engage with your protocol. Projects with strong communities grow bigger, while dead communities inevitably lead to dead projects.

You need to incentivize your community to use your protocol early on.

My recommendation for projects who plan to build on the IOTA 2.0 incentivized testnet, is to pledge a certain percentage of their future mainnet tokens to the accounts that actively used their protocol on the incentivized testnet (the Tangle provides very unique ways to track activity). This pledge can be as low as 1% of the future token supply and even as high as 5%.

Practically, this means that if someone uses their ATOI tokens to interact with a DeFi, NFT or other protocol on the incentivized testnet, they will be rewarded with that protocol’s mainnet tokens when IOTA 2.0 goes live. Imagine getting Aave, Compound, Uniswap, Sushiswap, and Synthetix tokens before they became super popular. As projects launch on the incentivized testnet, they would release a statement letting the IOTA Community know what percentage of their tokens will be used to reward people who use their protocol before it’s deployed on the mainnet. This press release will cause a flood of ATOI token holders to begin using their protocol on the testnet.

Why On Earth Would Projects Give Away Their Tokens?

Imagine building the next Aave, Compound, Uniswap, Sushiswap, and Synthetix and hitting the ground running with an active and engaged IOTA community.

Early users who acquire a stake will provide strength for a long time, by becoming strong advocates and community members for these projects. The influence and value of a strong community should not be underestimated. Over time in the crypto space people have noticed how powerful having a strong community is. It’s worth more than its weight in gold.

But adam_unchained made a good point: “if I’m building my own DeFi for example, it’s in a way like any other startups… would I really want to give out a portion of it like that? Wouldn’t I just get extra funding and hire ppl to find them?”

I’d argue that you cannot buy a great community. We’ve seen this spectacularly fail with TRON and EOS who thought they could throw billions of dollars at people, and they believed their networks would magically have more cultural presence than Ethereum. It doesn’t work like that.

Once the IOTA 2.0 mainnet launches, we’ll see a large influx of new users into the ecosystem. That will be great, but my personal opinion is that the die-hard IOTA community will become instrumental during these early stages. Those who have been here the past 4+ years will be 100x more loyal than new people who jump in once things like yield farming start. The IOTA Community of today should be valued at a premium, and projects that launch during the incentivized testnet phase can secure them as indispensable community members. These people have proven that they’re here for the long haul.

The current IOTA Community is a force to be reckoned with and should be leveraged to give projects an edge over their future competition. Projects need to ask the question, “Is a vibrant community worth 1% of our token supply?”

When people hear the word “capital” they usually think about financial capital. I’d argue that capital is both financial and social. The goal of any protocol is to increase their capital. What we’re seeing in the crypto sphere is that culture and community are currently trading at a ridiculous premium. Projects need to increase their social capital if they want to survive. If a project has an opportunity like this to connect with their potential community in a unique and meaningful way, then they’re going to increase their relevance and mindshare in the IOTA ecosystem.

Projects should not dismiss this short window to amplify both.

ATOI and the Concept of Value

The benefits of using the IOTA 2.0 incentivized testnet would become very tangible. New projects receive the holy grail of crypto by gaining a loyal and active community and ATOI token holders get future mainnet digital assets.

If we, as the IOTA Community, can garner enough support for this idea and engage with new projects, then we can see if this is something they would be interested in. As soon as the first project confirms that they’ll be pledging tokens, then in theory, the testnet is incentivized.

What a minute… Now there’s an incentive to own ATOI tokens. That means the ATOI token will have VALUE.

The really interesting part about this whole thing is that ATOI tokens won’t be traded on exchanges (or will they?), so the only way for people to get their hands on ATOI tokens is to buy IOTA tokens before the snapshot happens…

1. Ask the IOTA Foundation to see if this idea complements their current approach to the incentivized testnet.

2. Talk with projects that are planning to build on the incentivized testnet and see if they would be interested in building a more powerful and engaged community.

Q: What about the initial distribution for people with funds stuck on exchanges?

A: The snapshot shouldn’t occur until an overwhelming majority of community members hold their tokens in Firefly. The small minority would need to see how many projects have pledged tokens and make the decision whether selling their IOTAs to buy them on another exchange would be worth it.

Q: If smart contracts come to mainnet before Coordicide, is this model still valid? Because it would transition users and assets away from DevNet before it’s fully tested?

A: We need an estimate on release strategies of the DevNet and ISCP/NFT on Chrysalis to assess the viability of any implementation.

Q: What’s the motivation to distribute ATOI to the ratio of IOTA? Isn’t the incentive to create value on DevNet, that then translates to value on mainnet?

A: The motivation of this proposal was that the value should accrue to loyal IOTA token holders (those holding tokens before IOTA became decentralized)

Feel free to hit me up (TangleAccountant) in the #tokenomics channel if you have any more interesting questions. 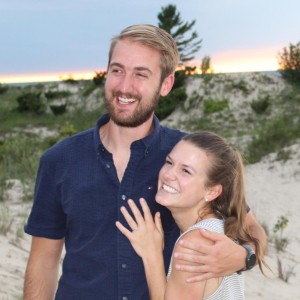 I love studying everything finance. I started university at 18, had my Bachelor's in Finance by 20, and graduated with my Master's Degree in Finance when I was 21. After working in the finance industry for almost a decade, I'm excited to share my knowledge with you!
All Posts »
PrevPrevious5 Ways Social Media Is Terrible for Your Journey to FI